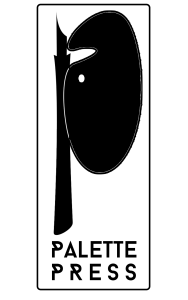 Words for the Curated Life

I want you to know right from the beginning, I’m not writing this to condemn you, judge your choices, or make fun of you. I’m not trying to stoke any fires or come across as some condescending jerk with an agenda. I promise that’s the last thing I want to do, because I want you to hear me. I want to be as sincere and honest as I know how to be because I’m going to ask you do something so incredibly insane, you’re going to think I’m either crazy or hopelessly optimistic. It sounds nuts, I know, but please hear me out.

To the actors/actresses/amateurs, I don’t know what circumstances led you to make pornography. It could be any number of reasons, and I fully acknowledge than not all of would you would claim to be “victims” in some way. (Of course, there is the possibility that you may actually be a victim even if you don’t feel like it. Just saying.) But I hope to speak to some of you here.

To those of you who wanted to get out of your small town and had dreams of becoming a professional model or actor/actress, you are being lied to and used. This is not the way to achieve those admirable dreams. You are so much more than your body. You are a real person, with feelings, thoughts, ideas, hopes, dreams, and somewhere along the way you were taken advantage of. Your flesh is not currency. If you have ever looked at what you were doing, or what was being done to you, and asked yourself, “How did I get here?” I want you to know you can get out. You are not powerless. If you’ve ever had to mentally “check out” during a scene because somewhere inside your heart you knew it was hurting your soul, I’m begging you to listen to your instincts. People weren’t made to do what others are asking your body to do. My sense is that you thought you knew what you were getting into, but at some point the game changed and you felt like you were in too far to back out. Please do not believe this. You can back out. There is always a way.

To those of you with any kind of sexual abuse in your past, I’m so very sorry for what was perpetrated against you. Whatever you’ve been told, it is not your fault, and I’m asking you to please disagree with any messages you’ve heard that says it is your fault. Please seek out counseling to work through the psychological trauma that’s been done to you. It was wrong, it was evil, but you are not powerless. You do have a choice. Here is a good place to start searching for counseling resources in your area. Choosing a life of porn will not heal what needs healing in you.

To those of you who are “just in it for the money,” I have no doubt it’s highly lucrative. But first, trading your humanity for some cash is not worth it. Your body parts and what they can do are not the sum total of who you are. They are not your identity. Second, you are getting pennies compared to what the producers are getting. You may get a few hundred thousand if you’re one of the lucky ones, but yours is a billion-dollar-a-year industry. Billion. That’s 1,000,000,000. They’d have nothing without you, and this is how they treat you? No, the answer is not to march in and demand more money, because to them, you are replaceable. They will not pay you more when there are fifty others willing to do the same thing. The answer is to leave it all behind. You are not a product. You are not a commodity. You are not an asset. You are a person. Your humanity, your sensitivity, your attitude, your heart, these are all worth so much more than what you are getting paid. It may require hard work, but you can make it.

To those of you who just want to “do something crazy,” or feel pretty, or impress your boyfriend, please don’t do it this way. What you are filmed or photographed doing will exist forever, even if the file is deleted. This is triple-true if it’s posted online somewhere. Posting is a virtual guarantee that someone(s) will see the videos and photos of you besides the person you intend.

To those of you who got into the industry because you just really enjoy sex, please know that your enjoyment is something built into who you are. Humans are wired to enjoy sex. That part is fine. But there are some pretty astounding things that change inside the brain when people have multiple sexual partners, in both men and women. If you haven’t read up on the hormones oxytocin, vasopressin, and dopamine, check  this out (feel free to skip down the “The Brain and Sex” section.) Also, here are two hypothetical situations that really caused me to think about “imprinting.” I hope it’ll cause you to think as much as it did for me.

There’s a million other reasons why you started doing what you’re doing, but whatever they are, please, I’m asking you to find another way, for all of us.

To the Directors/Crew/Producers, I can say this no other way: what you do hurts people, and it hurts you. Sometimes it hurts immediately. But it always hurts in the long run, in ways you may never see. I’m no psychologist, but I don’t want you to hurt, or to become so desensitized that it no longer affects you. At some point you were doing your job and something you shot/edited/lit/recorded caused you to pause and wonder if this was okay. But you pushed that voice down, and now you may not be sure if you even have that voice anymore. I assure you, you do. It’s part of your humanity. It’s in there. Please listen to it. Get out. Remove yourself from the culture of your work environment, because frankly, you need a break. Your industry is unhealthy in so many ways, and I want you to be healthy. There are so many ways to make your own non-porn movies these days, it’s staggering. Web series are only the beginning. So please quite your porn job and go write and direct the legit screenplay you want to write. Create something that’s actually beautiful instead of something hurtful masking as beauty. 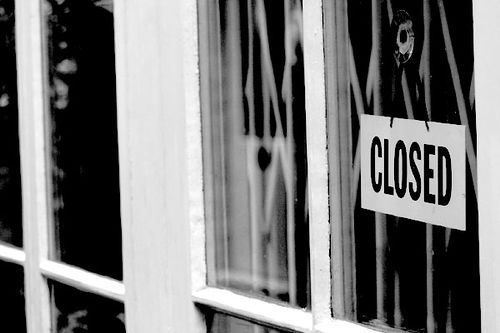 One thought on “An Open Letter to Pornographers”

Recipe in a Bottle

Connecting to Friends, Old and New, Through Recipes, Gardens, and Dinner Parties

The Nice Thing About Strangers

My Blog
The Insatiable Traveler

"For he looked for a city which hath foundations, whose builder and maker is God."

designing films. one word at a time